The Difference Between True OCD Behavior And General Worry

People often throw out the phrase "I'm OCD" casually in conversation about any kind of mundane behavior that seems fastidious, repetitive, or paranoid. Many of these behaviors are just harmless idiosyncrasies. Behaviors and thought processes that can be classed as obsessive-compulsive, a clinical mental health diagnosis, are truly debilitating to the people that suffer from them, which is about 2.2 million people in the United States. It's important to know when there is a difference because adults that suffer from true obsessive-compulsive behavior should undergo adult counseling with a qualified therapist.

OCD is characterized by uncontrollable reoccurring thoughts. One of the chief differences between general anxiety and OCD behavior is that people who suffer from general anxiety disorder generally worry about real-life concerns, things like relationships, physical health, careers, or finances, whereas people with OCD often extend these everyday worries into the realm of the senseless and irrational. For example, a common OCD diagnosis involves the need to repeatedly wash because of an irrational feeling of uncleanliness. Another common OCD behavior is the need to repeatedly check things, like making sure the oven or the lights are turned off.

A major characteristic of OCD is associated behavioral rituals or compulsions that accompany unwanted repetitive thoughts. In addition to obsessive cleaning or checking, as mentioned previously, other common OCD rituals include arranging items in certain ways, compulsively counting, and/or physical motor or vocal tics. A person with OCD often participates in these rituals and compulsions for an hour or more a day.

People with general worry may be consumed with feelings of dread, but people who suffer from OCD often believe that there may be catastrophic results if they don't participate in their compulsions. Unwanted obsessive-compulsive thoughts often involve uncontrollable worry about harming someone or one's self, or someone coming to harm if certain behaviors aren't performed repeatedly. These worries usually create significant struggles in the person's life and interfere with their ability to live normally or maintain healthy relationships.

If you think that you have OCD, then you may benefit from receiving adult counseling and learning how to best navigate your OCD. 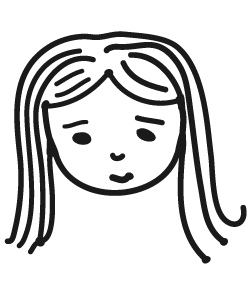 For a long time, I wasn't sure if my counseling was really working or not. It felt like no matter what I did, I just couldn't stay on top of my personal frustrations, so I started addressing those concerns with my counselor. I was able to find a counselor who really understood what I was up against, and it was really neat to talk with her about everything that I was having a hard time with. We chatted about everything in my life ranging from the initial issues I started having to my daily struggles at work, and I felt like those early talks were helping a lot. On this blog, find out more about working with counselors and making things right.

3 Signs You Should Contact A Counselor Regarding Your Anxiety
12 March 2020
Most people experience anxiety at some point in their lives. However, anxiety disorders are not uncommon, and if you suffer from an anxiety disorder a …

3 Reasons To Consider Open Adoption
13 December 2019
Years ago, when you put your baby up for adoption, you would hand them off to their adoptive parents and never have contact again. This has changed. A …

Why Take Part In An Online Peer Support Group?
10 October 2019
The Internet is a great resource for many different things, but you may not know that it can provide valuable mental health support too. By using a we …